In each of the past five years I’ve earned well over a million frequent flyer miles and award points.  Travel rewards have helped me to visit nearly 50 countries and achieve some of my dreams to experience other parts of the world.  Accumulating loyalty based reward points and miles have allowed me to:

I’ve saved enough points and miles to travel the world for years to come.  There isn’t a destination in the world that I couldn’t visit on a first class ticket, and I’m earning miles at a faster pace right now than I can actually spend them.

As I’ve said before, I’m not rich – in fact not even close – nor do I have vast resources at my disposal.  In general I’m a pretty average guy.  I work a regular 9-5 job, and have many of the same expenses and monthly overhead (rent, car payment, etc.) like many other people do, but I continue to travel the world for a fraction of the “normal” cost, and sometimes completely free.

The US Mint….and almost giving up

Until 2011 I had only a faint interest in award miles and points.  I had only one credit card for most of my life that I would rarely check the balance on, much less look at how many points I had accumulated.  I managed to earn a few free flights with money spent on that card but did so almost by luck, as I was almost never aware of how many points/miles I had earned in my account.  So once in a blue moon I would log into my account and be amazed that I’d have 50,000 + miles and ask myself, “How did I get so many miles?”.  Well the answer was that when you spent a few thousand dollars a month on a credit card, miles added up over the course of many months and years!

I first heard about people actually purposely accumulating frequent flyer miles en masse in 2011 on NPR.  The story was about the US Mint and the federal government’s effort to get $1 coins back into circulation in the US economy.  In short, the US government issued the The Presidential $1 Coin Act of 2005 that created a simple formula:  The government sold dollar coins on it’s website to citizens at face value which to the lay person means that there were no extra charges, just a dollar coin available for a dollar charge.  The big value add for the deal was that shipping was free, AND the website accepted credit cards as one form of payment.   So people could, and did, order dollar coins, pay with a credit card, get them shipped to their front door, then drive them down to the bank and deposit them (and NOT actually use them).  A few days later after the charge for the coins posted to their account, the coin buyers paid off the credit card charge with the money they just deposited – or essentially a no cost transaction. So basically people could accrue miles on reward cards for purchases, sometimes amazingly large rewards, and incur no real costs.  It was essentially free miles and points (minus the minimal effort of hauling in hundreds, or thousands of dollar coins into your local bank!) and a truly an amazing time…for some!

That story peaked my curiosity, and after shortly after hearing it, I went to the Mint’s website to attempt my own coin purchase.  The transaction wouldn’t work for me though, and I called the Mint soon after for help.  The Mint representative that I spoke with said that the option of paying by credit card was no longer available and that other forms of payment including personal check and debit cards were all that was possible.  So unfortunately I was not going to be one of the luckies who cashed in on the Mint’s promotion.  Basically, by the time this piece aired on NPR, the deal was done. My first foray into accumulating frequent flyer miles en masse was the day that Mint deal died!

While the Mint story was interesting, it came with misgivings.  I figured that these kind of stories and deals were for insiders, or for those in the know.  It seemed like it was like a hot stock, or real estate deal that paid off for a fortunate few, of which, I never seemed to be a part of (even though the Mint offered this promotion for years).  I thought the whole game of accumulating such vast amounts of points and miles was too difficult and for the fortunate few.  So I basically gave up in my pursuit of anything points related after getting off the phone with the Mint. 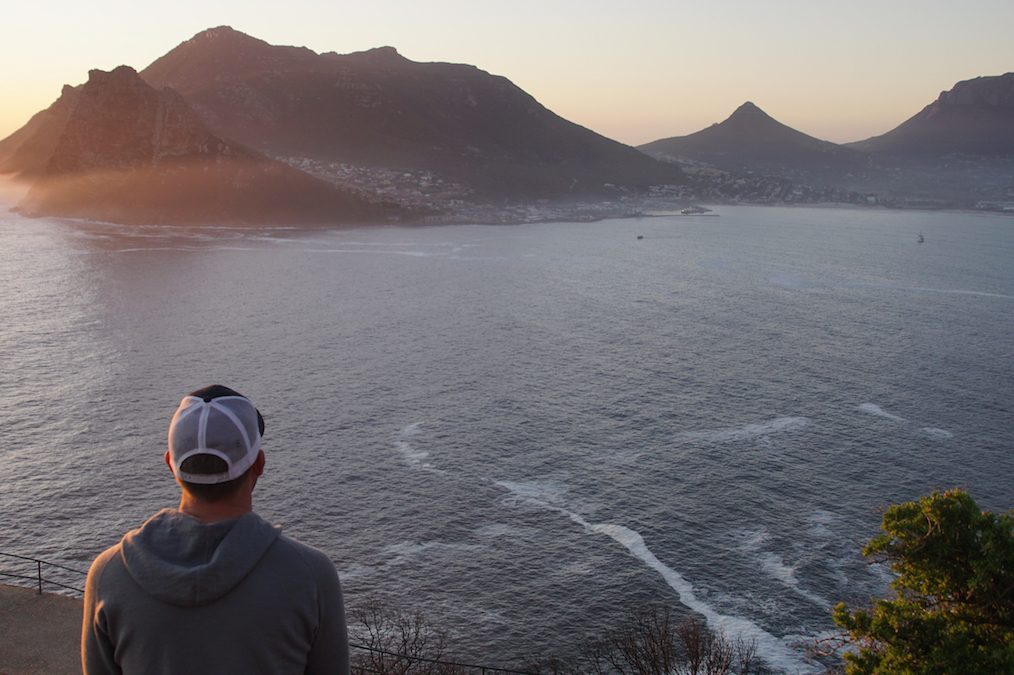 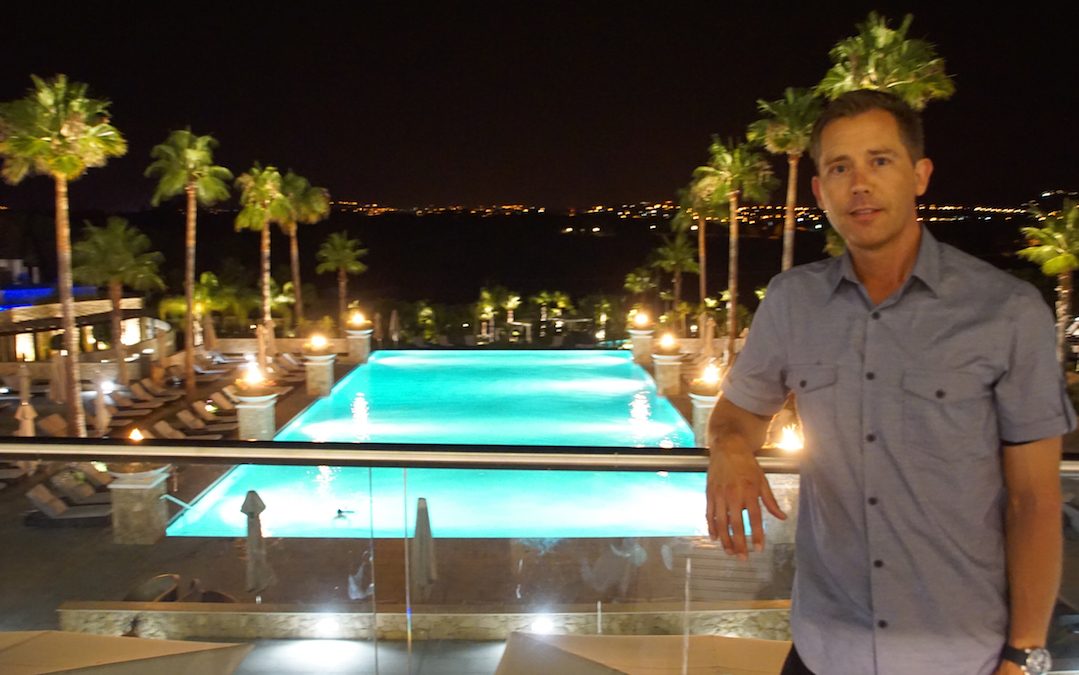 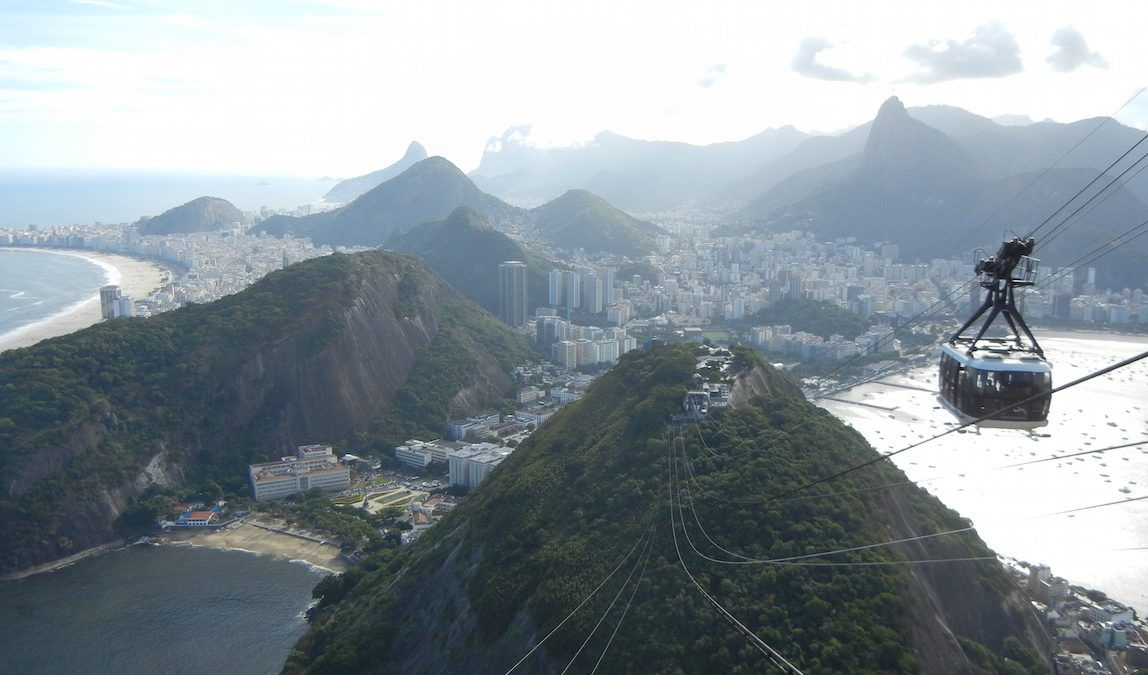 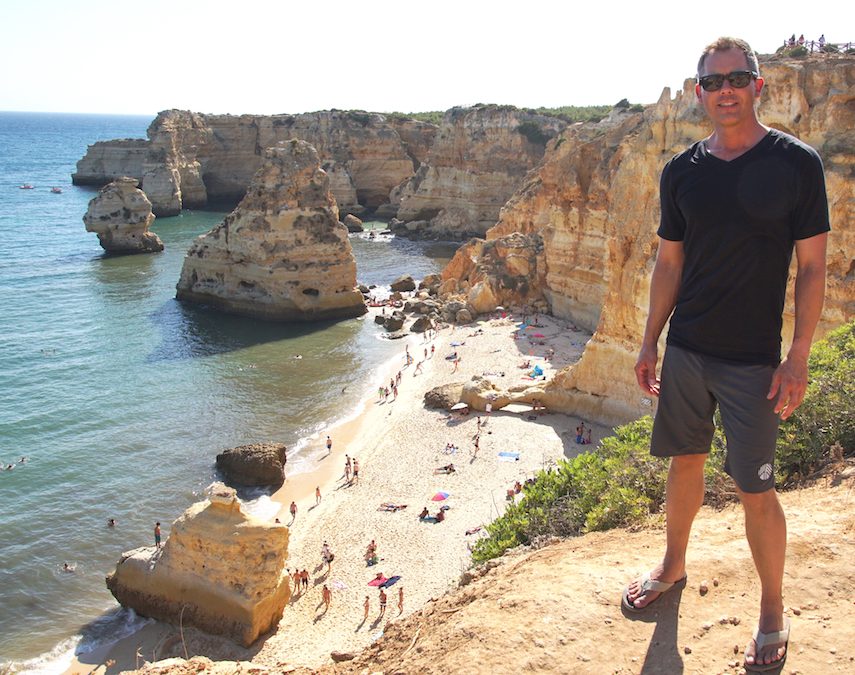 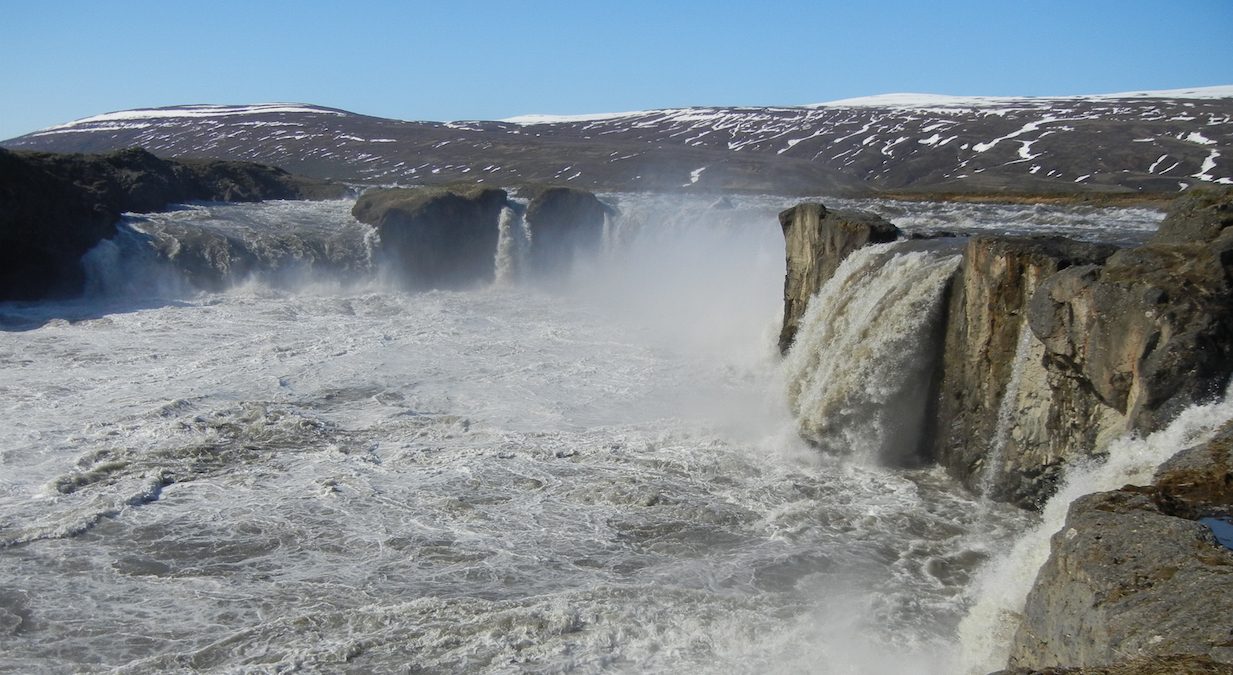 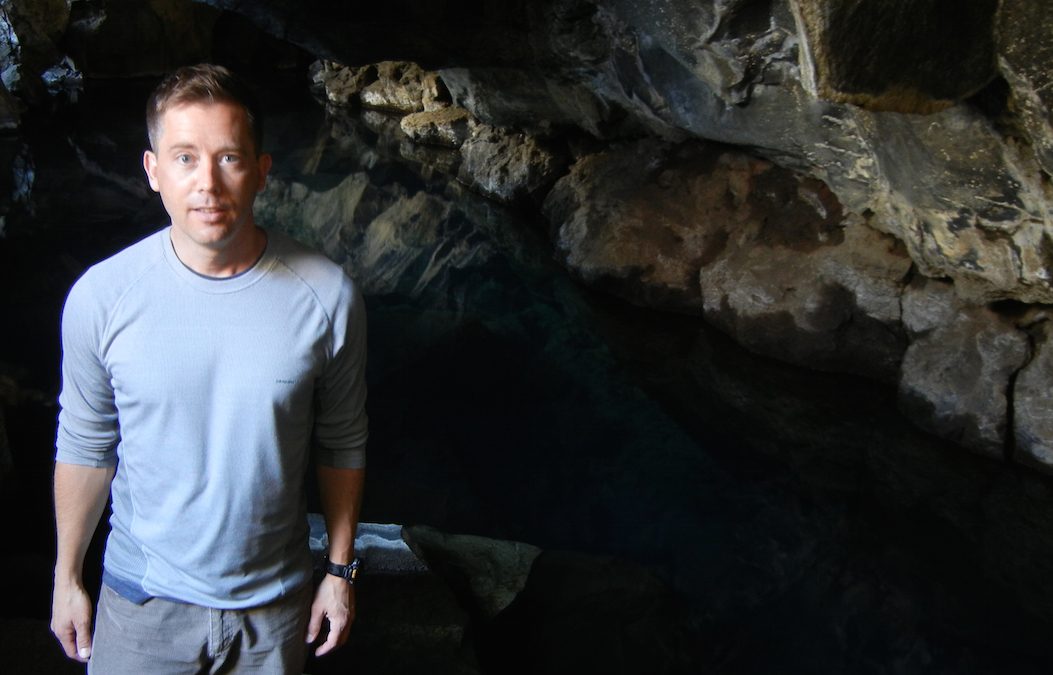 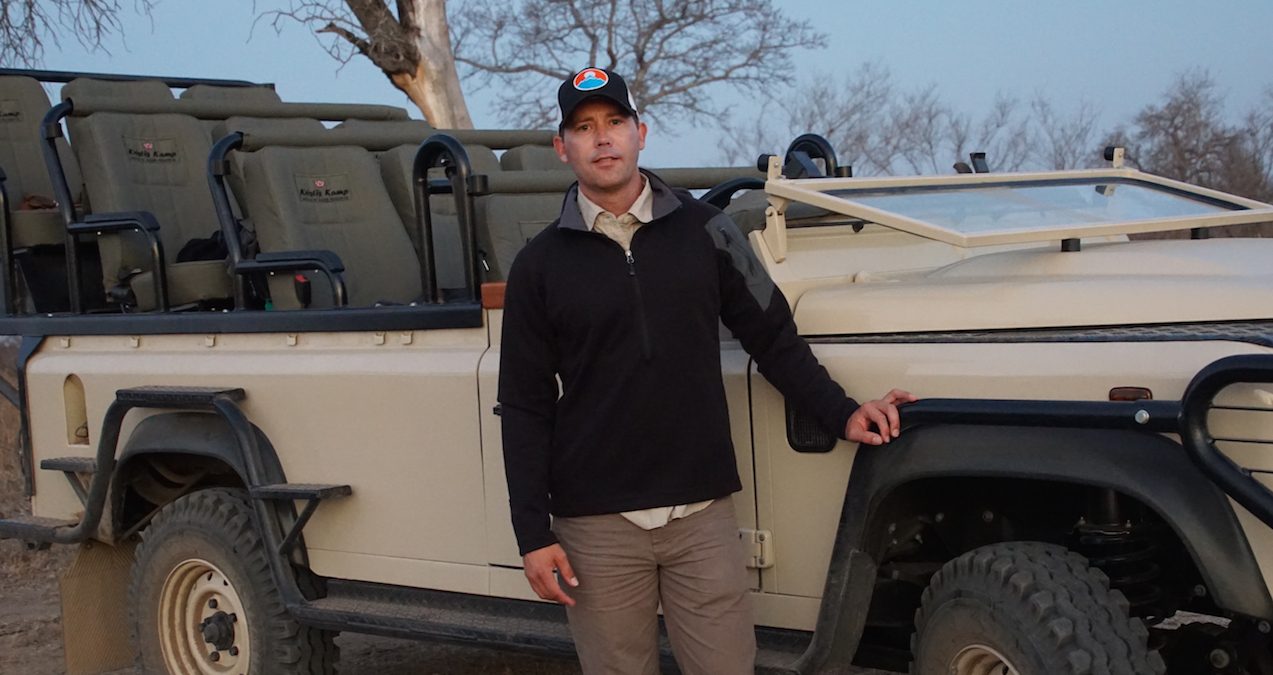 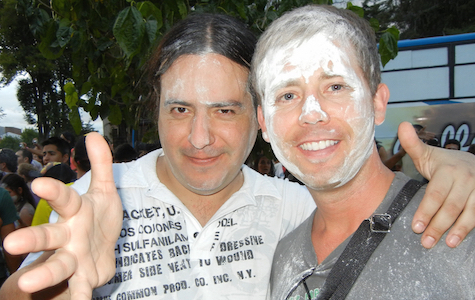 Then in 2013 I heard an interview on a local podcast with a guy who was making a living from travel reward points.  He was a heavy traveler who who’s profession revolved around accumulating and using points and miles. He was bright and articulate, but a little vague about the specifics.  That vagueness made me curious about what information was behind the curtain.  So that night I hit the web and did several hours of research and kept reading and learning, bit by bit, day by day and week by week.

For the next few months, I digested what seemed like every major website and resource on award points and miles.  I had stacks of article printouts, and had downloaded tons of material related to my new hobby to fill several binders.  Then in September 2013 I applied for my first true rewards card, the Chase United Explorer VISA card which gave me a bonus of 50,000 miles (after spending $3,000 in 3 months – or 53,000 miles total in 3 months).  And as I kept increasing my knowledge base, a few months later I created the goal of accumulating 1 million award points each calendar year.  That goal was easily met and while I have greatly surpassed that figure, I still start each year with that same goal.

For some people, earning a ton of frequent flyer miles and related points might be easy.  They might have lots of disposable income, reimbursable expenses from their employer, fly a lot for business, or own a company that provides even more opportunities.  I, like most people, don’t have any of those luxuries.  However, with the miles and points that I’ve earned, I could book a first class ticket tomorrow for any destination in the world.  Now I am combining my love for travel with my knowledge of earning award miles and points to benefit others.

So a question I’d like to pose is this: if I can earn enough miles and points to travel for nearly or even completely free for years to come, why can’t you?

Where I have traveled?
Where I'm planning on going?

Sign up for travel tips, points and miles advice, and other special off line intel. Periodic emails, no spam. Ever. 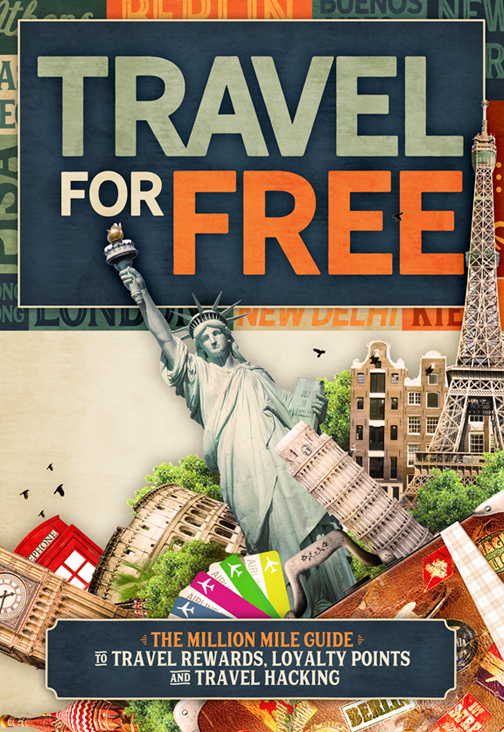