It’s hard to find great places in Europe that aren’t flooded with tourists.  Harder to reach and formerly obscure travel destinations like Albania, Montenegro, and even Georgia are all getting more tourism and attention as new hotspots for travelers.  However in central or “mainstream” Europe, it seems like there aren’t any more hidden gems that aren’t flooded with tourists.  One of the last hidden gems of Europe is Poznan, Poland.

I first visited Poznan on a three week tour of Poland in 2015.  I flew into Berlin, and made my way to Szczecin near the northwest Polish border via train and meandered south and east from there. 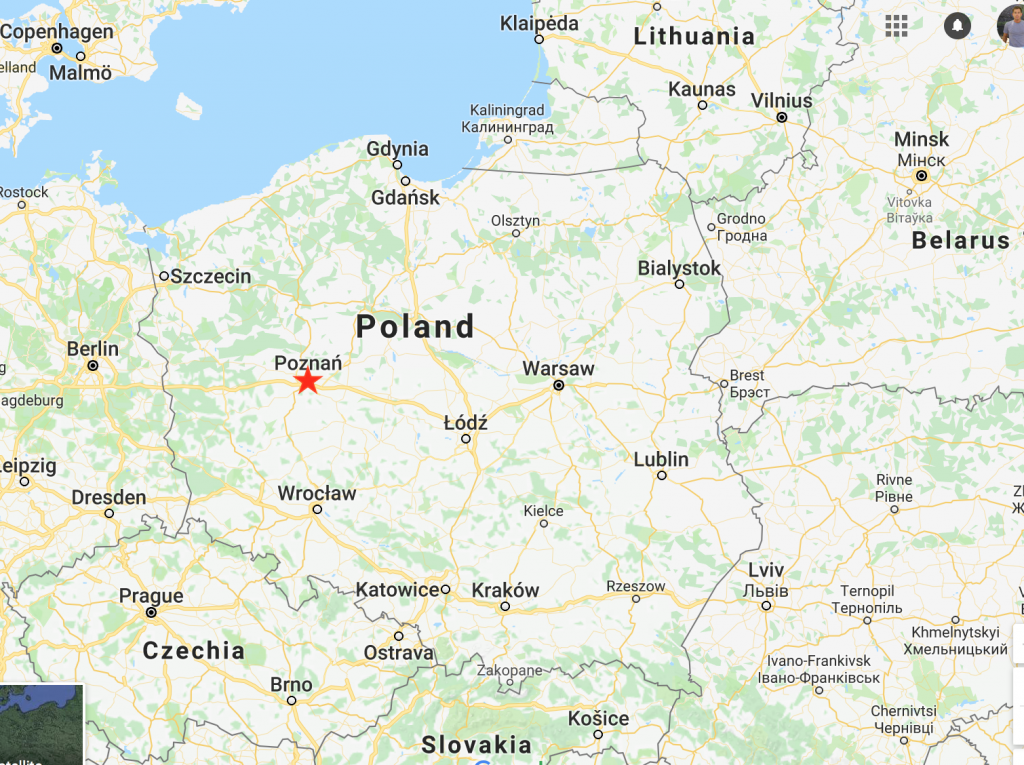 I wrote a few posts not too long ago about what the best and worst cities in Europe.  I backpacked Europe for a year, have been to 34 countries there, and have visited many of those destinations multiple times.  With that said, I have a good foundation of traveling around Europe, and there definitely are better cities than others.  Here’s a look at what I consider to be the best medium/large cities in Europe with 500,000 to a million people.

Many people would be surprised to see that I have two towns in Poland ranked in the top 10 in Europe (for cities with 500k to 1 million people in population).  If you’ve been to Krakow, it’s easy to understand why that would be ranked so highly, and I don’t think that one is very disputable.  In fact the vast majority of these cities are pretty solid.  At the southern end of Krakow’s Old Town there’s a fantastic castle overlooking the city, and two of Poland’s biggest tourist draws (Auschwitz and Wieliiska Salt Mine) are convenient day trips from the city center.  However, even though other cities like Krakow get much greater notoriety, in most polls and rankings, Poznan is the top city to live in Poland in terms of the economy, politics, environment and quality of life.

Basically Poznan is like a slightly smaller version of Krakow.  Depending on how you draw the city limits, most estimates put Poznan at around 600,000 people.  Well over 100,000 of those are students attending roughly 2 dozen public and private universities in the town.  The population feels young when you walk through town, but it’s not overwhelming like some other university towns and cities in Europe.  It has a stunning Old Town square, the St. Stanislaus (the Bishop) Church, a town hall and connected shops inside of that, small quaint streets, great shops and food, and an interesting history – all without massive amounts of international tourists that Krakow, and Warsaw get.  There’s are also two castle’s for those who are interested.  Poznan does get a ton of tourists, but not as many as Krakow, and many of those tourists are actually Polish.

Poznan is a simple place.  It doesn’t really have a major international attractions other than the Old Town square itself.  Poznan has one of the most beautiful Old Market Squre’s not only in Poland, but also in Europe.  The central square is lined with different colored slender buildings that have Irish color in mind with Polish architecture and soul.  In the middle of the Old Town square sits the Town Hall.  It’s a very large building that resembles a church with a bell town stretching roughly 200 feet into the sky.  Connected to the Town Hall are a series of smaller buildings that sell a variety of goods.  It’s like having a city within a city and is a classic Polish feature.  Krakow has a similar feature in the Old Town, but it’s town hall and central square is even larger than Poznan’s. 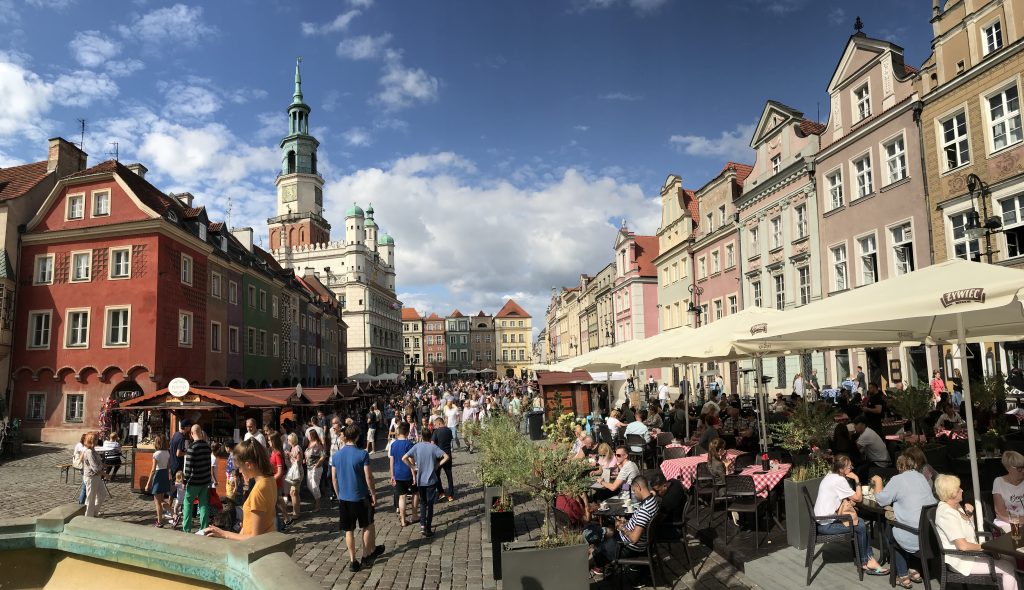 A quarter of Poznan’s Old Town with the Town Hall and adjacent shopping area section visible.

The largest tourist attraction in Poznan are two Billy Goats.  That probably sounds strange, but it’s true.  On holidays and at noon on the weekends, Two mechanically controlled billy goats are hidden in the clock in the Town Hall and come out and start head-butting each other.  Basically many years ago and after the Great Fire, Poznan’s Town Hall clock was rebuilt.  The finished rebuild was to be celebrated and a great feast was scheduled.  The feast was supposed to be prepared by young cook, who severely burned the meat.  He ran out and tried to find a replacement dish and stole a couple of goats from a nearby pasture.  But as he got the goats into town, they broke free and started head-butting each other in front of the townspeaple.  The mayor of the city thought the whole thing was hilarious and he asked town’s clockmaker to construct a special mechanism to honor that event.

Another section of the Old Market Square in Poznan 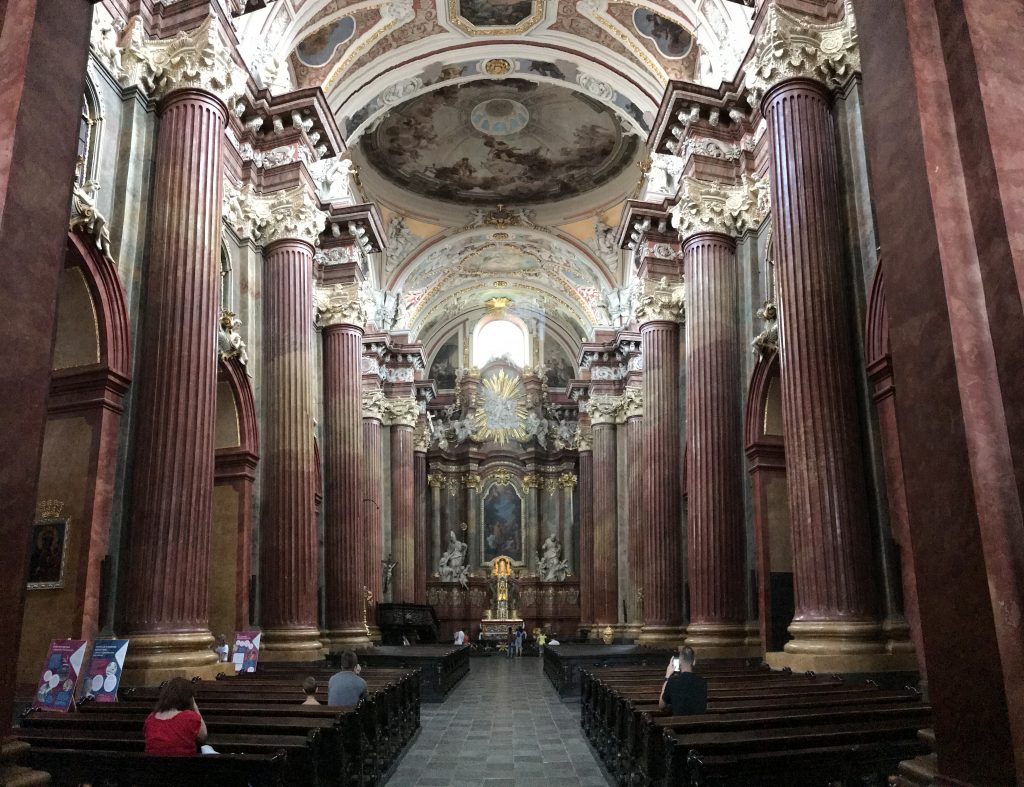 Wonderful churches and cathedrals in Poznan too

A few other random facts about Poznan:

Stary Brower in Poznan, more than just a mall

I flew from Frankfurt into Poznan directly via Lufthansa on a Star Alliance award ticket using United miles.  Train and bus options to Poznan from various cities abound, but comfort on long distances can be questionable for some people.

I booked 4 nights at the PURO hotel in the heart of the Old Town in Poznan using Chase Ultimate Rewards at 1.25 cents each.  I no longer have a Sapphire Reserve so 1.25 cents per point is the best that I can do for any travel bookings directly with Chase.  The hotel seems to cost around $70-$75 US, which is nice rate considering it’s one of the best hotels in Poznan.  There’s cool lounge seating in the lobby area, a great restaurant and bar, and outdoor bar and lounge area too.  WiFi is included with any booking and bike rentals are free for hotel guests (plus friends) as well.

Small and simple rooms at PURO but comfortable bed and nice showers. One of the best hotels in Poznan

There is a Marriott in Poznan, but not in the Old Town proper, and construction of both a Hilton Garden Inn (almost completed) and Radisson Park Inn have started, so those will be further points booking options in the near future.  In the past I stayed at the Sleep In Hostel and Apartments which offers apartment rooms a stone’s through from the Old Town central square.  The location for these apartments is great, but I do find that they are a bit towards the expensive end of the spectrum all things considered.

Oh and the next time that you’re in Poland, try my favorite vodka, Żołądkowa Gorzka.  It’s an herbal based vodka and for whatever reason, doesn’t seem to give me a hangover (and I’ve had a lot of it!).  Try the Traditional and Black Cherry versions.

I talked with some people in the tourist office and asked why Poznan isn’t more popular with tourists like Krakow and Wroclaw.  They said it’s mainly because of the advertising budget and restrictions they have compared to those cities.  For me though, the main reason why Poznan isn’t on most traveler’s visitation hot list is because it’s not really on any “traditional” travel routes in Europe.  Krakow is often accessed via Prague or from The Baltic countries, and Berlin visitors often head West or South, not East into Poland.

Poznan is a great place, but if you’re traveling around Europe with time constraints, you won’t need that much time here.  In less than a day, you can see the entire Old Town and core highlights of the city.  For attending music events, visiting the castles, or shopping, you’ll probably have to book another day.