Blogs
Home ▸ Points ▸ The Risks Of An App-O-Rama

The Risks Of An App-O-Rama

Are you still using an app-o-rama to apply for new rewards credit cards?  You might want to reconsider.

Recently I had a strange experience in the points and miles space.  After an app-o-rama (or multiple credit card applications at nearly the same or similar time frame) last month, I applied for, and was approved for, 7 new credit cards.  It was the first time that I had applied for more than 5 cards at once in years.  Because I’m a long way over 5/24, those approvals were a nice shot in the points earning arm and also a pleasant surprise.

However about a month after being approved for those cards, I was suddenly shutdown by a bank.  What makes the situation odd is that I was partially shutdown, which was a first for me.  I’m not going to list the bank’s name that’s involved with the shutdown, as that’s not the point of the post, but roughly half of my cards with that particular bank were “closed”.  I found out about the shutdown one day when trying to make a purchase at a local mall.  The transaction was declined, but tried using another card from that bank for the same purchase, and that was also declined.  I tried one more card from that bank to make sure the trend continued, and it was also declined. 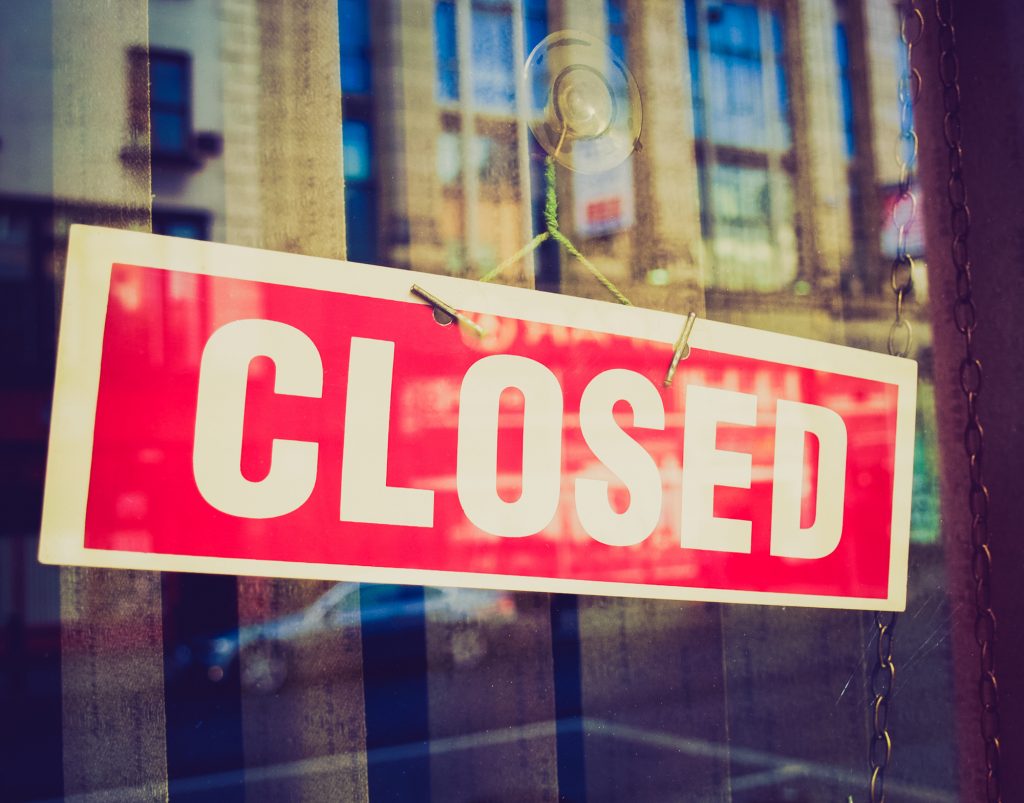 The transaction that I tried to make came later in the day.  I called the bank to try and see what the issue was, but the special department I needed to speak with was closed for the day.  I was advised to call back the next morning, which I did.  During that call, I asked if there was a hold or fraud alert placed on my account.  I was told that my cards didn’t work because they were closed, not because of fraud or an account hold.  I was afraid that was the case, but held out hope that the issues I had were just from my accounts being locked for some reason.  The bank said that it had been notified that many new accounts had been opened under my name.  From there, the bank pulled my credit again and saw the credit lines linked with each new account.  That information was deemed a “risk” to the bank and my accounts were “closed” as a result.

On my initial call, I tried to get specifics on the closure, and asked:

Question:  Are all of my cards with your bank closed?

Answer:  No, only cards that we have deemed to be a “risk”

Question:  Are those cards closed or just locked at this point?

Question:  Can those cards be reopened?

Answer: Because saw that you were approved for X new credit cards, and $XX,XXX in new credit in a single day. We deem that as risky behavior.

Answer:  No, once an account is closed, you forfeit all rewards earned.

Answer:  Our bank can’t see other applications in real time.

The bank representative offered to transfer me to her manager, but that went to voice mail.  I figured that getting the run-around and that this stone couldn’t be moved.

I had the weekend to mull over what had just happened and plot a strategy moving forward.  I thought about what I needed to do with this shutdown in the near future, and also my points earning path going forward.  In terms of the situation with the bank, I figured filing a CFPB needed to happen, and perhaps a legal course of action, either in small claims or arbitration.  I would make a few more calls to the bank in the upcoming days to try and validate the closure information, and then decide on whether legal action was necessary.  In terms of my points earning path, I figured I’d have to downsize.  After 3 other major bank shutdowns in the past 18 months, I really questioned the path I was taking with manufactured spending (MS).  My MS numbers are pretty high, and I basically came to the general conclusion that I’d just have to scale back and play small ball (or do significantly less volume) from now on.  I kind of came to peace with that idea, then made another call to the bank early the following week, and found out some surprising news.

On my second call to the bank, I reached the same person as I had in my prior call the previous week.  I recorded the call, and she reiterated the same information that she had before.  We spoke for a longer duration this time around, and I could tell that we weren’t on the same information level.  Basically she had a small amount of information that she had to work with, but I was very familiar with all of the pieces involved with my accounts and credit cards.  She volunteered to pass me along to her manager again, and was put on hold for almost 10 minutes while I waited to speak with him.  During that time I assume my account was reviewed before the manager got on the line.

I started asking questions to the bank manager, and he repeated some of the information concerning my shutdown.  My goal was just to clarify the bank’s position for my CFPB and possible legal options.  I already had a CFPB crafted before making the call, but just wanted to get the entire explanation recorded before moving forward.  In general, these were the points that I made:

Midway through my explanation, I noticed that the manager wasn’t interjecting his opinion, and that he seemed to actually be listening to my rational.  Everything that I told him was true, and after I finished explaining, he simply said that he had decided to reverse the decision on my account.

“Excuse me?”, I thought but didn’t vocalize.  I couldn’t believe what I was hearing. I thanked him, and told him that a weight was lifted off my shoulders.

My accounts were “reopened” the following day, which was strange because I was told they were closed.  To the best of my knowledge if a credit card is closed, I thought it can’t be reopened.  Either I was wrong or my accounts were not actually closed, but rather just suspended.  I now had access to my earned rewards again too, and things essentially went back to normal.

I figured that my attempt to use one of the cards at a local mall purchase caused the flag and subsequent shutdown.  However, now I’m rethinking that position, and believe that the accounts were frozen before I tried to make the purchase due to the app-o-rama and number of new accounts.

Even weeks after being approved I’ve received roughly a dozen alerts from various credit monitoring services noting changes to my credit bureau file or credit score.  I had been under the impression that with the technology that’s available, banks can now see new credit card applications in real time, and thus, app-o-ramas really aren’t as useful as they had been in the past.  However, the bank’s risk department seemed to contradict that notion.

App-o-rama’s, might still be an efficient way to apply for new credit cards, but it also might signal “risk” to banks which could lead to negative consequences and even shutdown.  I had read about similar shutdowns from new account openings, but regarded them as outliers and not being an issue for me.  But that take was obviously not right.

If I had applied for 2-3 new credit cards, and not 7, well then I’m guessing my account would have not been deemed “risky” and the issues would have never surfaced.  However, risk and churning are becoming more and more popular negatives forces for banks to try and weed out, and I got caught up in one hell of a meat grinder.  This is yet another lesson to me that there’s a lot out there that I can learn from.