I keep an active list of new rewards credit cards that are on my application radar.  That list has been shrinking in my quest to get back under the Chase 5/24 rule, but one of the cards that I’ve been seeking in an approval is the US Bank Radisson Rewards Business Card.  I didn’t have a set timeline for applying for the card, mostly because I wasn’t sure I was going to actually need it.  After applying and being approved for a no-lifetime language Amex Ascend Hilton personal card, I’m thinking more seriously about the US Bank Radisson Rewards Business Card.  However, after reading a recent post from FrequentMiler, I was concerned that the card wasn’t available anymore.  Since the card has been removed from both the US Bank and Radisson websitse, it seems plausible that it has been permanently pulled.

I was curious about the card’s status, so I called the bank’s application phone number, stopped into a local US Bank branch, and also called another branch.  The application phone representative did some checking and said that the card was still on the “internal active card list” and seemed quite sure that it was still possible to apply for and get.  A local branch visit the next day was not as comforting though, as the banker I spoke with was younger, seemed  inexperienced, unorganized, and not informed about any of the credit card offerings.  I left shortly after speaking with him, but later in the day he called me and said the card was available.  However, his trepidation wasn’t the iron-clad data point that I was looking for.

Then yesterday I called my nearest branch and received a solid confirmation that the card was still available.  The banker at that branch said that he made a few calls and ended up speaking with one of the bank’s credit card vice presidents who said the online application was taken down due to “a large amount of fraud”.  When I asked the banker he speculated that fraud meant people giving false details about their business to receive the credit card.  He called it “bank fraud”.

Radisson isn’t a high end hotel program, as it doesn’t compare to Hyatt or have high end elite properties like Marriott or Hilton, or even IHG for that matter. I view it more as a B (or second) tier hotel program. On the positive side, at 5x for points accrural general spend, it’s easy to earn rewards.  In addition, the card offers a free domestic hotel night; 1 free domestic night for each $10k spent on the card.  Those stays aren’t that significant to me, but I often use the certificates for relatives that need accommodation in my city (or others).

Some downsides are that many properties generally aren’t that amazing, and elite benefits are mixed.  mid-tier (gold) status won’t get you free breakfast in Radisson properties in many parts of the world (like on my recent trip to India for example). However, in certain parts of the world like Europe, Radisson is an elite hotel and quite often the best option in the city with points to stay.  For example, five years ago I did a month long trip through Poland and Radisson is an extremely good option throughout that country.

In some towns in Europe, Radisson Blu is the best choice using points

Even in larger towns like Szczecin (NW Poland), unless you’re using some form of bank points to pay for a accommodation, Radisson is the best hotel in town using points.  Breakfast at the Szczecin Radisson Blu, as well as every Radisson that I’ve stayed at in Europe, is included as a benefit for Gold elite members.

Having an executive at a major financial institution like US Bank claim it had to take a credit card offline because of fraud is strange and troubling if true.  There are certainly people being creative or outright lying about businesses in order to be approved for business rewards credit cards.  However, it seems strange that a flood of applications would come to US Bank of all places, and in such a way that a business credit card had to be taken offline.  That explanation of the card’s disappearance just doesn’t add up for me.

In January, I was approved for a US Bank business card in branch and was asked to furnish business filings from the state that were faxed during my application.  I’m not sure that faxing in business documentation was standard procedure, as it seemed like it was the first in branch business credit card application that my banker had ever encounter.  The application and approval process took over 30 minutes too, which was a bit painful.

I’ve looked through US Banks remaining business rewards cards, and the applications are all the same: 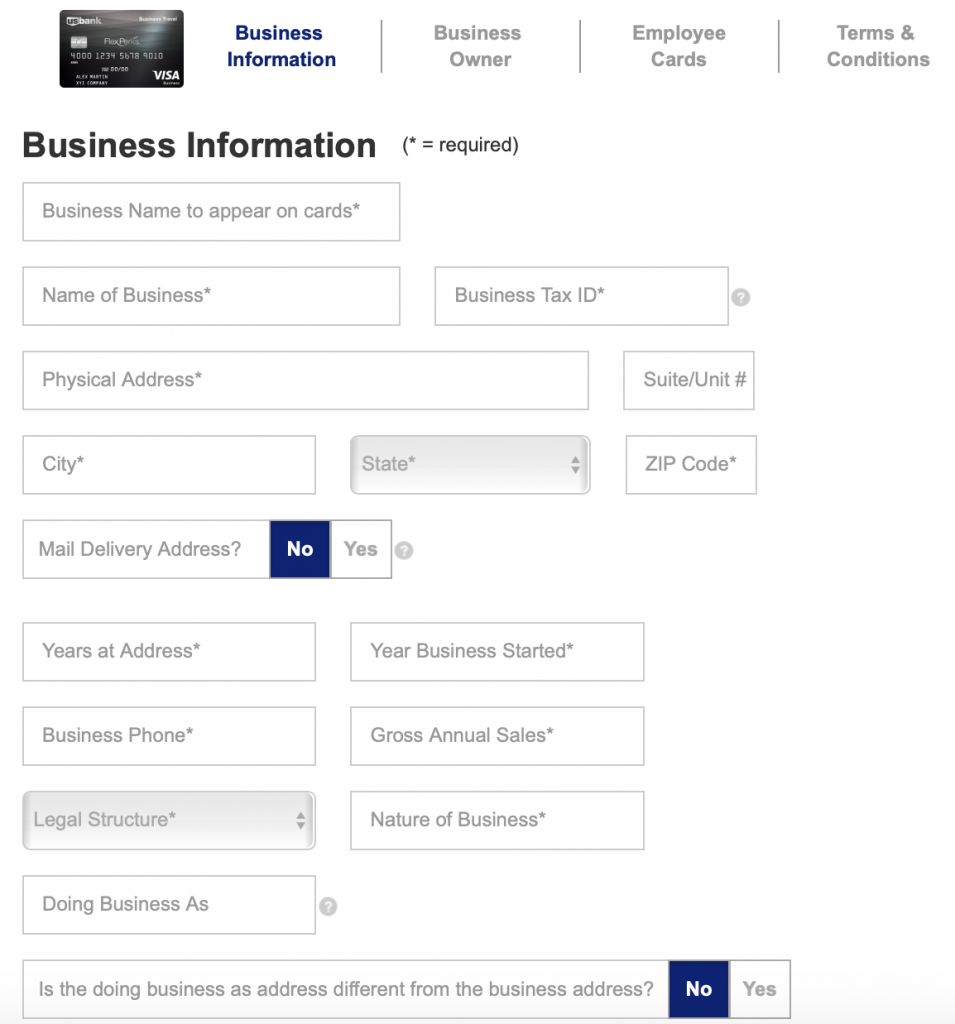 A Business Tax ID is needed for US Bank business applications. If people are making up fake tax ID accounts, I’m not sure how their applications would be approved. However, same day free tax IDs can be created via the IRS’ website, which could be related to “fraud issues” that was claimed by US Bank? 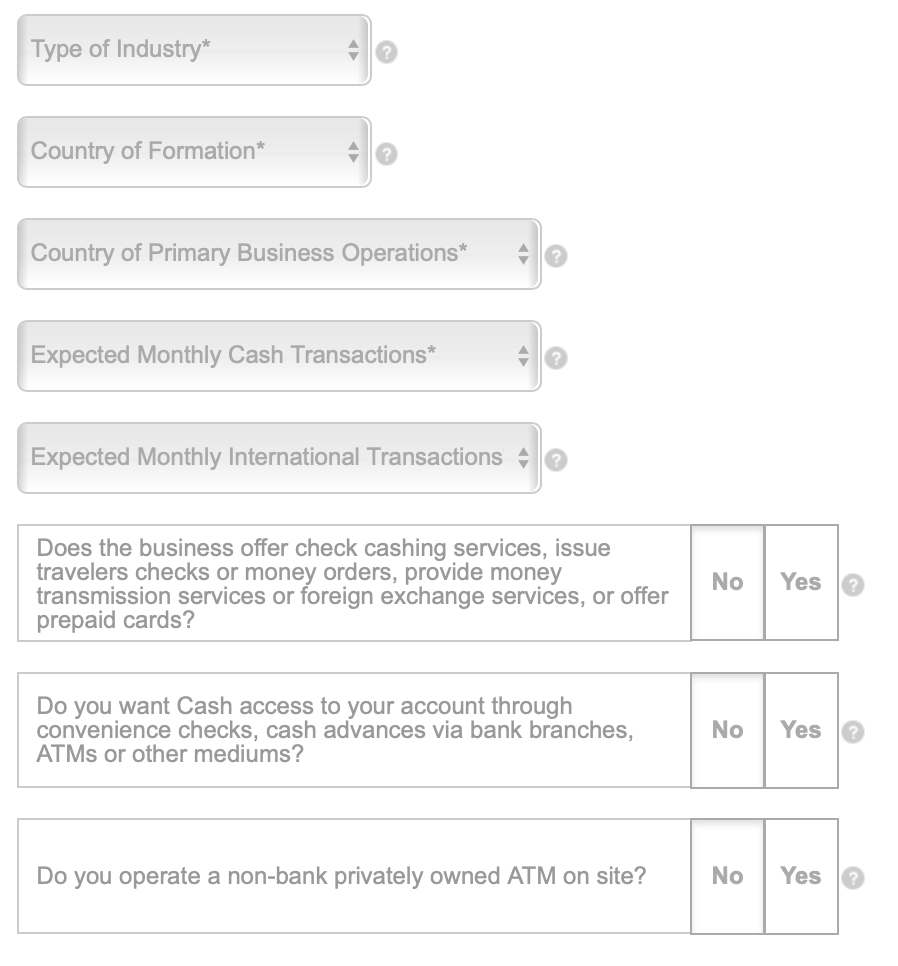 Expected Month Cash Transactions isn’t that unusual for a business account. No drama with any of these questions/fields. 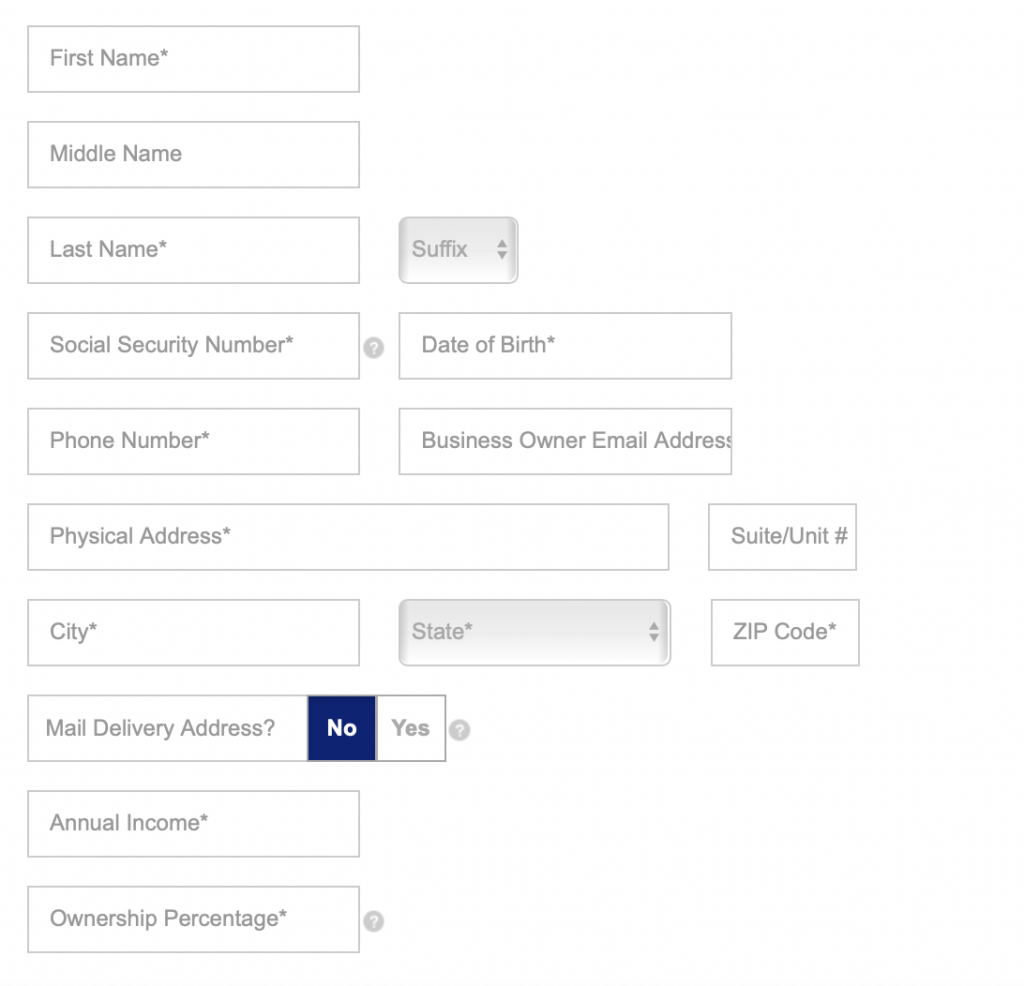 If you’re interested in getting this card, you should be able to apply for it in branch via US Bank’s internal application system.  The card should show up as a current card and as available to apply for.  Exactly how easy that process would go will likely depend on the quality of the banker you’re dealing with.  If you do apply for the card, I would verify the current offer (50k + 35k) for the card before a hard credit is done.  You should also be able to apply over the phone, however it’s my personal belief that applying in branch would help the chances of approval (with US Bank).