Points and Miles Goals for 2020

My points and miles goals are starting to pursue a different path.  Like many in the hobby, when I first started collecting travel rewards, I had very specific goals.  Initially, I just wanted to sign up for a travel rewards credit card and earn a nice stack of bonus miles.  From there it branched off into earning a million points and miles in my first year in the travel rewards hobby.  Each year after that time, I’d create micro goals, usually associated with status, point totals, and applicable benefits.  Now things are changing a bit.

I feel like I’m roughly 10 years behind my age in terms of knowledge, being held back mostly via naivety and humble beginnings in a small town.  However in the past few years, I’m hopefully getting much closer to matching my age with an appropriate level of wisdom.  With that said, I’m starting to plan for retirement.  Just writing the word retirement for me is odd, as I’ve always associated retirement with old age.  However, my recent interest and deep dive in the the FIRE (financial independence retire early) philosophy, has me inching closer to a day when I can declare myself financially independent.  I have an opportunity, although probably an outside chance, at reaching my financial independence and retirement goals in the next five years.

Although retirement in 5 years seems like an outside shot to achieve, I think I’m underestimating the power of compounding money.  Not too long ago I created a goal of growing my net worth by $100,000 by the end of 2020.  I’ve made large steps toward that goal, and will likely achieve it many months ahead of schedule.  Having all time stock market highs of late also creates a rosy, glass mostly full type outlook too.  I’m therefore wary of being too confident, in both getting to my $100k goal, and actually retiring in 5 years.  I’m pretty good at chasing and achieving goals, and the effort to get to the promise land isn’t what I’m concerned about.  I’m much more concerned with poor decisions and failure than anything else at this point.

There are low hanging fruit goals with points and miles goals that I try and achieve every year.  In short, any goal or benefit connected with spend I try and meet.  Here are some of those:

3 free Hilton nights and Diamond status – I have two Hilton cards (Ascend and the Hilton Honors Business).  The Hilton Honors business card gets free nights at the $15k and $60k spending thresholds, and Diamond status at $40k.  The Hilton Ascend card requires $15k in spend to also earn a free weekend night.  Those free nights aren’t including the hundreds of thousands of Hilton points I’ll earn through the spend, but also don’t include the costs of doing so, which will likely be fairly substantial.  Even though there should be more difference between Diamond and Gold status, my buddy has been treated nearly identically to me at overseas properties that we have both visited.  I don’t find a ton of value at the point prices per night charged at aspirational Hilton properties, or even at destinations that I normally travel to.  Hilton also seems to have a lot of older lower tier properties that are in dire need of updating.  I stayed at a local Hilton Garden Inn last year that was worse than most hostels that I’ve stayed at, and I’m being serious.  However, earning free nights with a relatively minimal out of pocket costs is a good deal in my book, and earning more Hilton points for future travel is a big plus too.

6 free Radisson nights – the Radisson Rewards Signature Visa offers a free domestic night for every $10k in spend (up to $30,000 and 3 free nights).  I have a couple of Radisson cards, one for personal and the other directed at business spend.  Free nights for domestic stays with Radisson aren’t that attractive for me, but use most of the free night certificates for relatives and friends.  A friend of mine texted me about a woman she knows who’s been in a bad domestic violence situation.  I’m currently putting her up in a Radisson hotel until she gets squared away.  Some of those nights are via free night certificates and other via points, all earned from spend.  Even though I don’t care for Radisson’s domestic program much, I do still value the options available when traveling overseas, especially in Europe.  Most points aficionados have disavowed Radisson’s program altogether.  That’s fine; more for me.

Marriott Platinum (or higher) – I have platinum status met for 2020, but can renew it with $75,000 in spend on the Bonvoy Brilliant card.  That spend must occur in a calendar year to qualify.  I don’t particularly care for Marriott as a company or its rewards program in general, as I don’t find a ton of value in it for stays with points in many cities that I travel to.  Marriott seems to love inflation and devaluation in its program, and I shook my head in disgust when I found out that it was taking over Starwood’s program.  Even so, it’s a nice program to have as an option when needed.  I do value Marriott some for the airline transfer options, and to a lesser extent, the hotel/air travel packages.  The list of airline transfer partners is the best out there, even though the transfer rate isn’t usually something to write home about.

I wish Hyatt was listed above, as I consider it to be by far the best hotel points program out there.  Unfortunately, the 5/24 walls were built while I was on the outside looking in.  With Hyatt, I feel like I’m in East Berlin in the Cold War period.  That analogy isn’t the best, as I do borrow Globalist benefits from a friend of mine for some Hyatt stays, and occasionally spend points to stay at their properties.  Basically I live in East Berlin and am allowed to visit the West, just not stay.  At least for now. 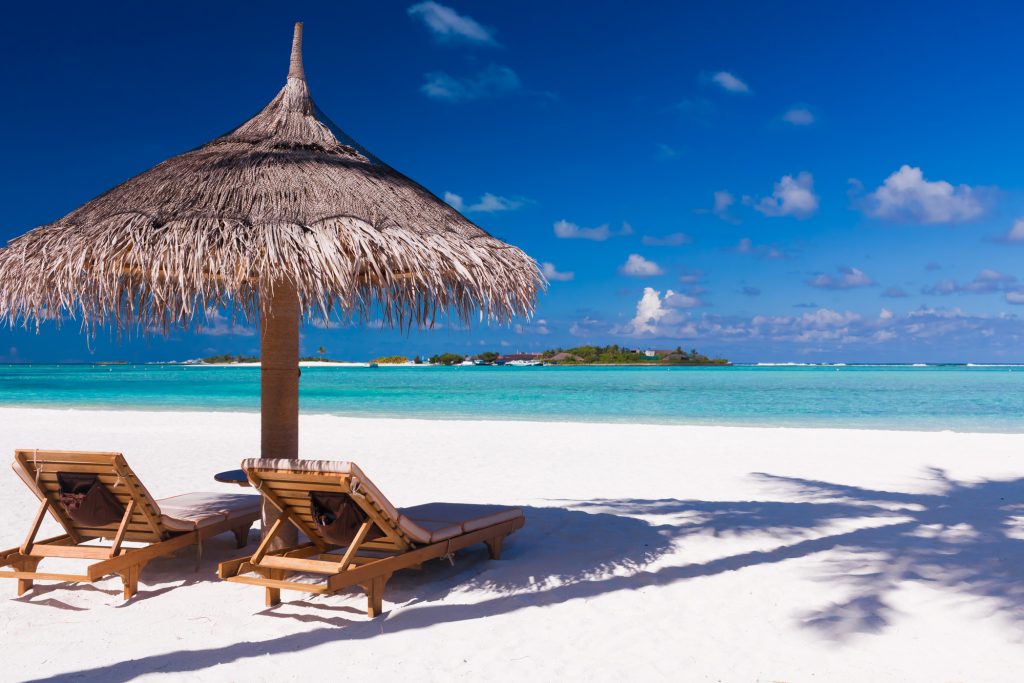 There’s also some other minor goals I have like producing cash from points, and using up all of the available credit card benefits.  But beyond the near term milestones, I’m looking more into the future, and trying to align my retirement goals with a nice stash of rewards that can fuel some long term travel.  Here are some tentative retirement points and miles goals:

Citi Thank You points won’t be in play for me unfortunately due to my shutdown this past year.  Alaska miles will be much harder to earn too, as I was also shutdown at Bank of America this year as well.  That was a rocky few months!  Barclay Arrival miles aren’t in play either, due to…you guessed it….a previous shutdown.  I don’t really plan on hoarding Amex Membership Rewards, because in the event of a shutdown, those points are likely lost for good.  Most MR’s that I earn are almost always cashed out almost as soon as they post.

I have a friend with 7 million plus Delta miles and Diamond status. It’s obviously a substantial pool of miles, but it can also go very quickly traveling with multiple people, and flying up front. The Diamond status also costs him more than $2k a year via manufactured spend to achieve. For me, having more options with more airlines, but with fewer miles, is a more appealing path.

Some of these goals are fairly vague, like “A year’s worth of quality hotel stays”.  To be clear, I already have enough points to stay at hotels for a year, but much of it with lower tier award stays.  The goal mentioned above is a bit loftier, as I’m interested in accumulating points for “nice” or “semi-aspirational” hotels.  In short, it’s enough points to stay at comfortable and very nice hotels that I gravitate towards, which generally range from mid to upper tier properties.  The points cost per night that I’m considering in my goal for each major hotel brand is:

Each person has their own definition of “nice”, and I also don’t stay at a ton of hotels either, so I’m not as in touch with each chain as frequent hotel goers and business travelers.  The IHG hotel program can be quite rewarding if attacked in the right ways, but I don’t have any meaningful ties to it right now.

I’d love to say that I have enough points to stay at the highest category hotels for a year in each major points program.  However, that might not be where I’d like to direct that sort of spend to do so.  The dollar cost of such a goal might also be undesirable.

As I’ve been contemplating life and travel years beyond now, I’ve thought about how many miles or points it would take to future proof an account for life.  That depends on how you define “life” I guess and which points and miles you’re talking about.  For example, how long do you plan to use the miles – 20 years, 30 years?  And how many times a year are you going to fly?  Past that, what class of service will you fly the most?  If you fly coach, your miles will last a lot longer, and if you’re talking an airline like Delta, flying up front (with their miles) will go VERY fast indeed.  And what kind of hotels do you expect to stay at?  Future proofing an airline account isn’t a major goal for me, as there are lots of unknowns to consider.  It’s also not realistic at this point, even for someone who generates spend like I have historically.  I just want to have a nice stash of points that can offer me solid travel options in the future.

My recent MoneyGram ban is definitely going to make it harder to achieve these long term goals, but I’m still plowing forward.  Hopefully 2020 will be rewarding on a number of fronts.

Thanks for reading, nice to meet and connect with others in the points hobby that speak the same language.  We definitely are a different sort of people!